»With an encyclopaedic knowledge of transhumanism and a deep philosophical grounding, especially in Nietzschean thought, Stefan Sorgner tackles some of the most challenging ethical issues currently discussed, including gene editing, digital data collection, and life extension, with uncommon good sense and incisive conclusions. This study is one of the most detailed and comprehensive analyses available today. Highly recommended for anyone interested in transhumanist/posthumanist ideas and in these issues generally.«
N. Katherine Hayles, University of California, Los Angeles
​
»In Stefan Lorenz Sorgner’s work, the profound originality is accompanied by a vast knowledge of the philosophical tradition. His exploration of the philosophical meanings of post-humanism has become a point of reference that contemporary culture cannot ignore.«
Gianni Vattimo, University of Turin

»An eye-opening, wide-ranging and all-inclusive study of transhumanism. Sorgner’s account avoids both the utopian trap and the bogeyman spectre. He makes a compelling case for placing ourselves on the transhuman spectrum. How we continue to use technologies is in our hands. Sorgner’s book is both a comprehensive introduction to transhumanist thought and a clear-sighted vision for its future realisation.«
Julian Savulescu, University of Oxford

»Stefan Lorenz Sorgner counts as one of the worldwide leading experts on trans- and posthumanism.«
Wolfgang Welsch, Friedrich-Schiller-Universität Jena 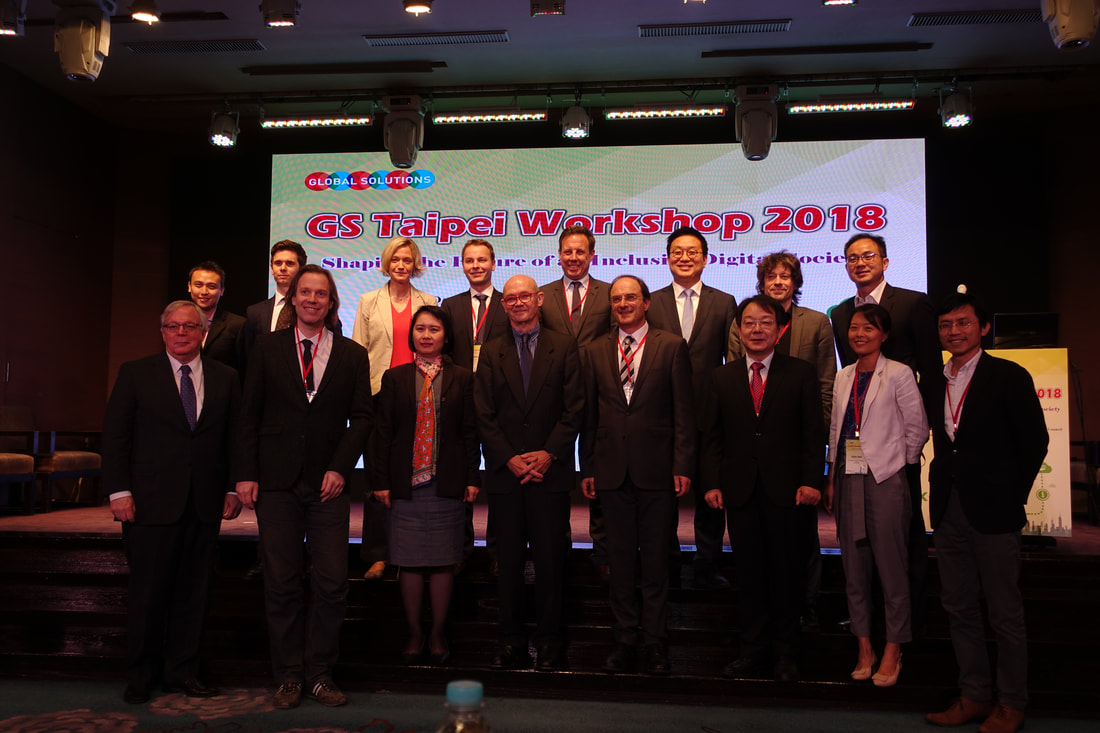 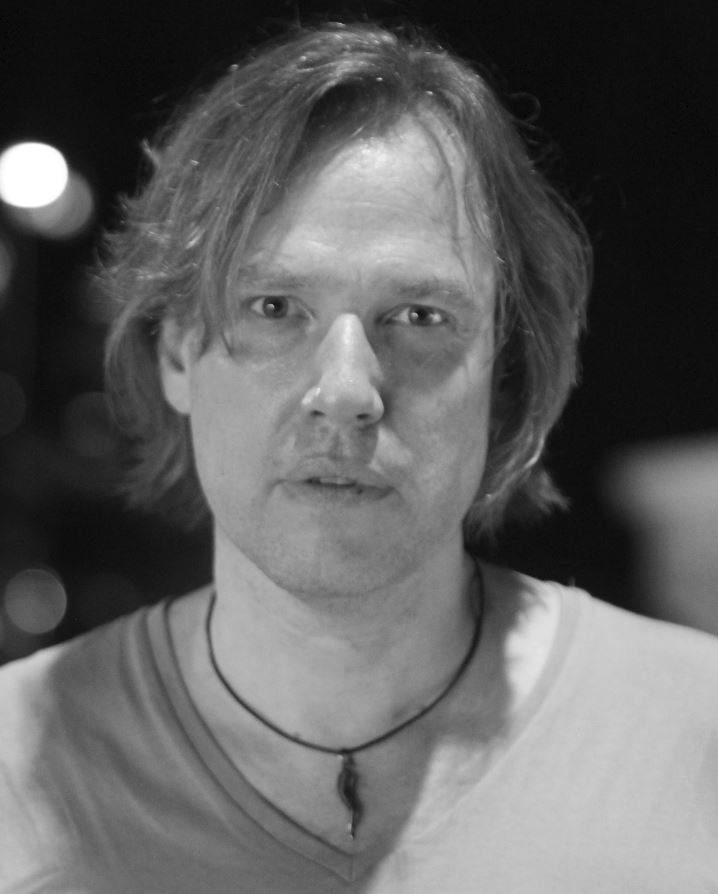 Prof. Dr. Stefan Lorenz Sorgner teaches philosophy at John Cabot University in Rome, whereby he particularly promotes the emerging field of posthuman studies. He is also Director and Co-founder of the Beyond Humanism Network, Fellow at the Institute for Ethics and Emerging Technologies (IEET), Research Fellow at the Ewha Institute for the Humanities at Ewha Womans University in Seoul, and Visting Fellow at the Ethics Centre of the Friedrich-Schiller-University in Jena, where he was also Visiting Prof. during the summer of 2016. He studied philosophy at King's College/University of London (BA), the University of Durham (MA by thesis; examiners: David E. Cooper, Durham ; David Owen, Southampton), the University of Giessen and the University of Jena (Dr. phil.; examiners: Wolfgang Welsch, Jena; Gianni Vattimo, Turin). In recent years, he taught at the Universities of Jena (Germany), Erfurt (Germany), Klagenfurt (Austria) Ewha Womans University in Seoul (South Korea) and Erlangen-Nürnberg (Germany). His main fields of research are Nietzsche, the philosophy of music, bioethics and meta-, post- and transhumanism.
Central elements of his philosophy have been summarized in an interview which was published at the 7th of May 2013 in the weekly German newspaper "Die Zeit" which has a print run of 520000 copies and about 2 million readers per issue:
http://www.zeit.de/2013/20/transhumanismus-philosoph-stefan-lorenz-sorgner
In English, an interview which was published in the journal FlfF-Kommunikation 2/2016 provides an introduction to contemporary debates in transhumanism. Herein, the "editors interviewed three heavyweights of the transhumanism scene: James J. Hughes from the Institute for Ethics and Emerging Technologies in Boston, the 2016 US Presidential candidate of the Transhumanist Party, Zoltan Istvan, and the philosopher Stefan L. Sorgner from John Cabot University in Rome" (FlfF-Kommunikation 2/2016, 19):
http://www.fiff.de/publikationen/fiff-kommunikation/fk-2016/fk-2016-2/fk-2016-2-content/fk-2-16-p19.pdf
At the 27th of September 2013, Sorgner presented some of his ideas on genetic alteration in his first TEDx talk in the Villa Farnesina in Rome (see below). At the 19th of October 2015, he explained his views on perfection at his second TEDx talk which took place in Stuttgart (see below).
His philosophical refelctions have been critically examined both in the English as well as in the German speaking world, e.g. „Understanding Nietzscheanism“ by Ashley Woodward (Acumen, 2011) or "Umwertung der Menschenwürde - Kontroversen mit und nach Nietzsche" edited by Beatrix Vogel (Alber Verlag, 2014):
http://www.verlag-alber.de/vorschau/details_html?k_tnr=48655&k_onl_struktur=1419357
The following exchange of artiles on the relationship between Nietzsche and trans-, meta- and posthumanism provides a good survey concerning Sorgner's philosophical attempt to think beyond humanism:
http://ieet.org/index.php/IEET/more/pellissier20120423
In an one hour live interview on German public radio (WDR 5), further aspects of his philosophical approach have been presented:
http://transhumanus.tumblr.com/post/97210364290/wdr-das-philosophische-radio-transhumanisten-wie
Another such interview was conducted on the 6th of January 2017 on WDR5:
http://podcast-ww.wdr.de/medp/fsk0/128/1284840/wdr5dasphilosophischeradio_2017-01-06_bessertranshumanismus_wdr5.mp3
Twelve central pillars of his philosophical thinking have been highlighted in a public talk of his which can be watched on youtube:
https://www.youtube.com/watch?v=m4qJDpr1SSI
﻿In October/November 2014, Sorgner was invited p﻿lenary speaker at the 3. World Hu﻿manities Forum which was jointly organized by the Ministry of Education of the Republic of Korea, the United Nations Educational, Scientific and Cultural Organization (UNESCO), and Daejeon Metropolitan City. Further down, you find two photos from this event.
In February 2015, central moral challenges concerning Nietzsche, transhumanism and Sorgner's own position were presented in a public talk at the University of Nijmegen:
https://www.youtube.com/watch?v=NCyr_OAURXM
At the 5th of August 2015, he was invited to present a wider picture concerning options for “Shaping the Future” from a posthuman perspective at the ICIST-KAIST conference in Daejeon. It is part of the largest Asian annual student-run conference series:
https://www.youtube.com/watch?v=1_ajT2-1QtE
At the 4th of March, an interview with him was broadcasted on German public television (ZDFinfo) - from minute 3 onwards:
https://www.youtube.com/watch?v=BQPclJ-pZw0&feature=youtu.be
The discussion concerning the relationship between Nietzsche and transhumanism which circles around some of my reflections has recently been published in the essay collection "Nietzsche and Transhumanism" which was edited by Yunus Tuncel. Contributions were written by Max More, Paul Loeb, Bill Hibbaru, Michael Hauskeller, Rebecca Bamford, Babette Babich, Keith Ansell-Pearson, Ashley Woodward, Yunus Tuncel, Michael Steinmann.
www.cambridgescholars.com/nietzsche-and-transhumanism
Here you can access the contents:
http://www.cambridgescholars.com/download/sample/63866
In March 2018, he was invited as a keynote speaker at the 2018 Global Solutions Taipei Workshop. The Global Solutions (GS) Taipei Workshop 2018 with “Shaping the Future of an Inclusive Digital Society” as its overarching theme took at the Ambassador Hotel on March 28, 2018 in Taipei. It was co-organized by Chung-Hua Institute for Economic Research (CIER) and the Kiel Institute for the World Economy:
www.global-economic-symposium.org/conferences-2018/gobal-solutions-taipei-workshop
The March 2019 edition of the Cicero Kulturmagazin, the German equivalent of The Atlantic, published a detailed interview entitled “Der Übermensch ist unsere Hoffnung” (“The Overhuman is our Hope”). Well-known journalist Alexander Kissler interviewed the new realist Markus Gabriel, a bestselling author, and philosophy professor at the University of Bonn, and JCU philosophy professor Stefan Lorenz Sorgner about topics of his new monograph, entitled Übermensch. Ein Plädoyer für einen Nietzscheanischen Transhumanismus (“Overhuman. A Plea for a Nietzschean Transhumanism”), as well as many other topics which are of current relevance. The interview reveals the enormous tension between these two philosophical approaches. The journal has a readership of over 550,000.
On the 20th October 2019, he was invited to discuss the “Transhuman” at the  Art Biennale Venice  (unknown location in Venice, in a bunker). This Clandestine talk took place as part of the project Thinking Head by Lara Favaretto (Participants: Kathleen Bryson, Rebecca Levene, Volker Sommer, Stefan Lorenz Sorgner). Here, you can listen to the discussion:
https://m.youtube.com/watch?v=unlEAo3U6v0
In issue 4 of the "Immortalists Magazine" (April/May 2020), he was featured on the cover. In the magazine, you find a detailed interview, in which he explains his reflections concerning his transhumanist take on the impact of the coronavirus crisis:
https://www.flipsnack.com/BDEAACF6AED/im-apr-may-2020/full-view.html
Vol. 1, 1, December 2021 of the journal "Deliberatio" is a specail issue, which is dedicated to his book "On Transhumanism:
https://deliberatio.uvt.ro/current-issue/
March 2022, International Symposium on Sorgner's "We have always been Cyborgs":
https://calendar.johncabot.edu/event/symposium-on-sorgners-we-have-always-been-cyborgs 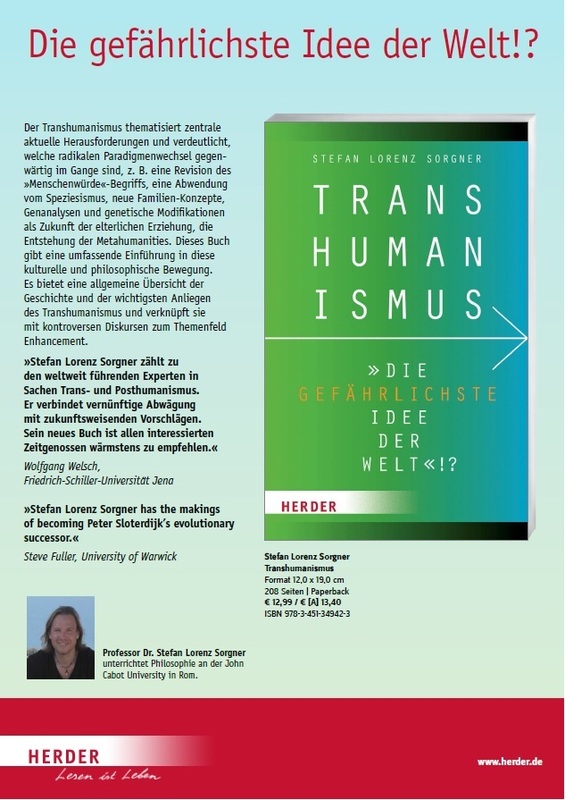 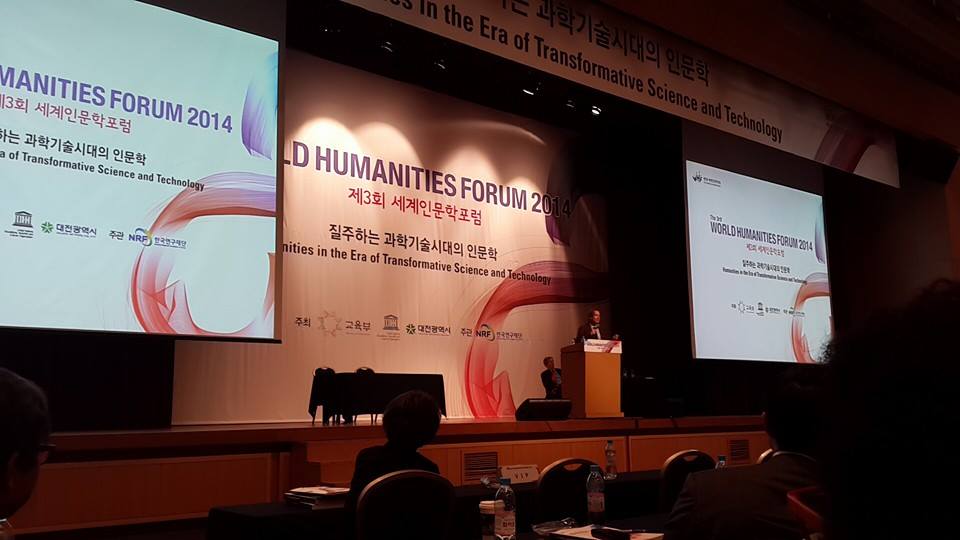 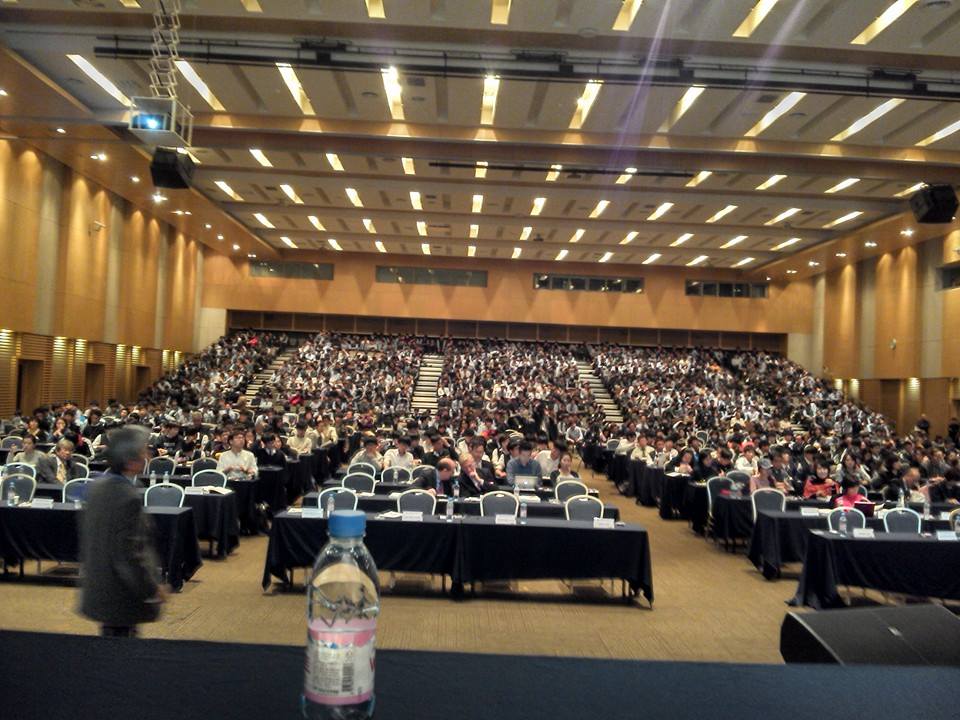 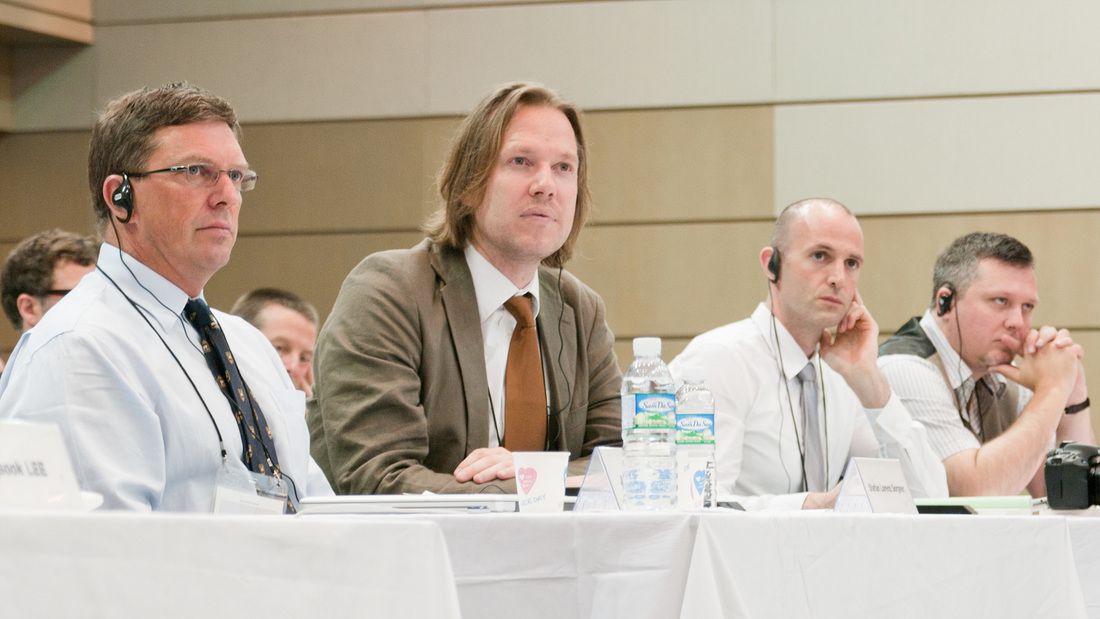 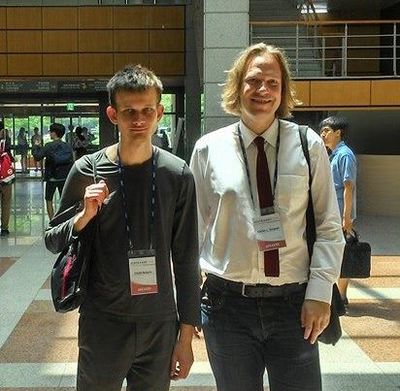 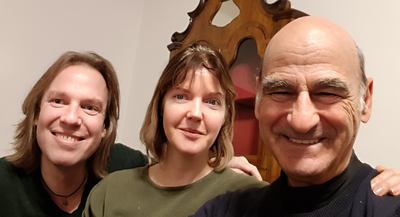 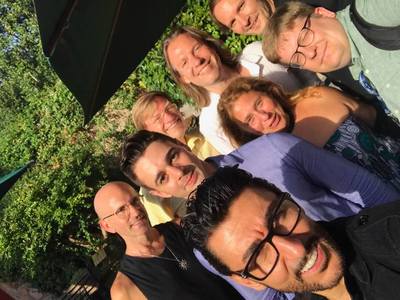 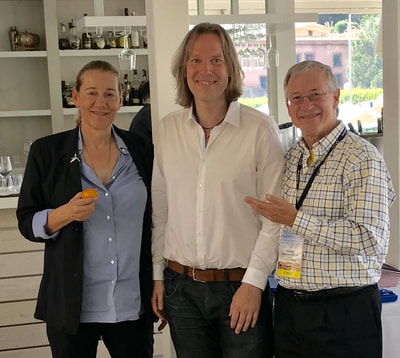 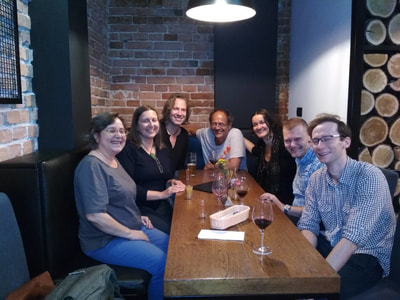 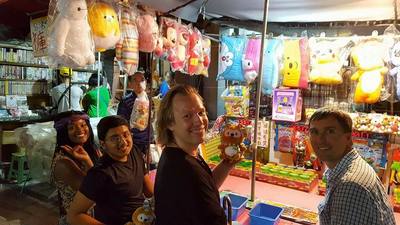 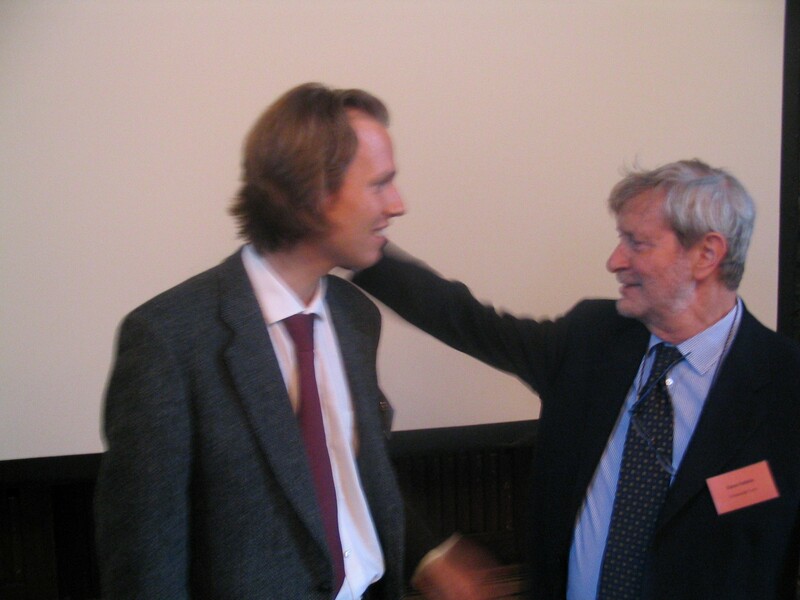 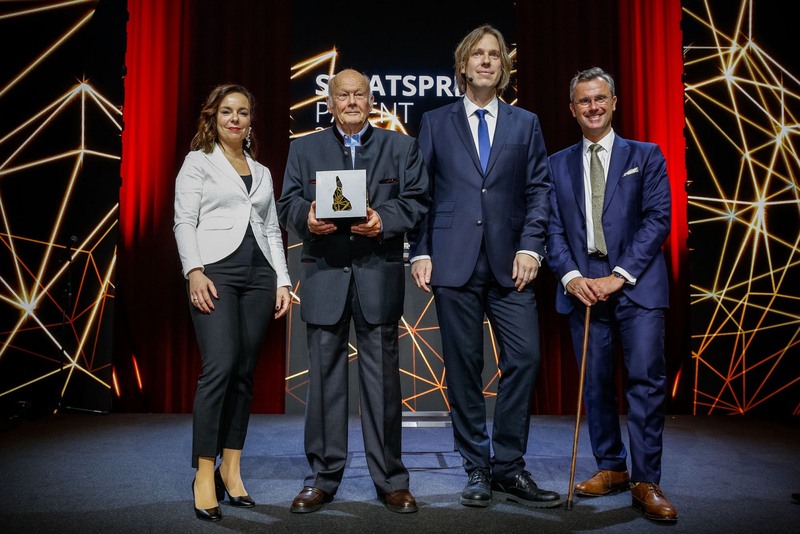 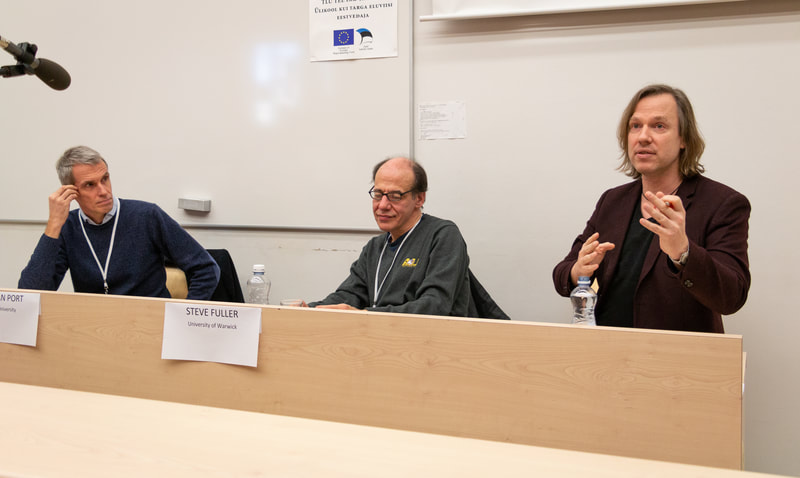 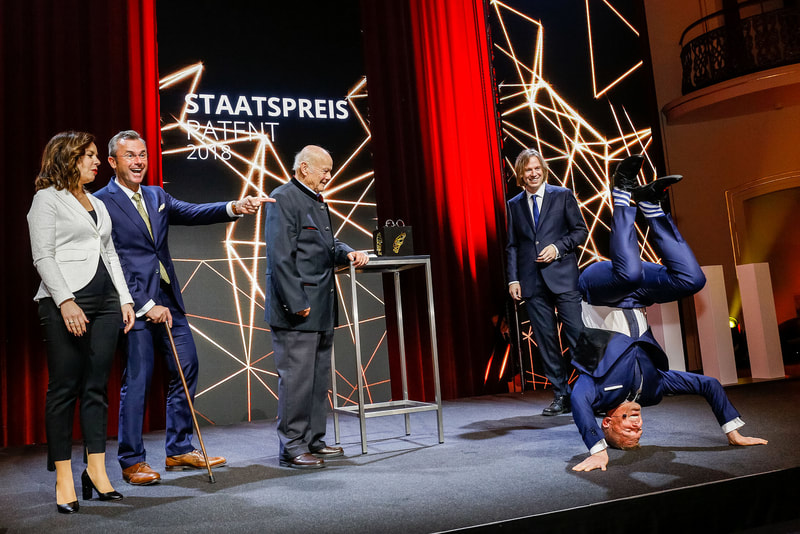 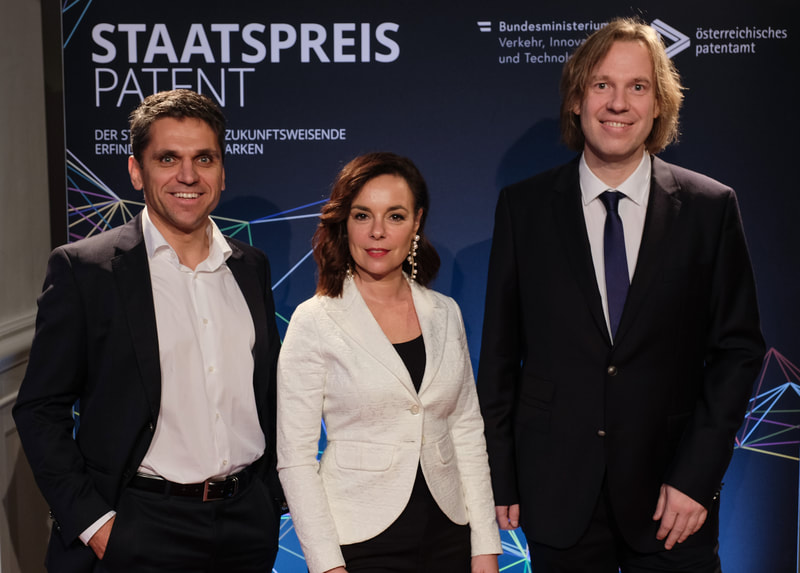 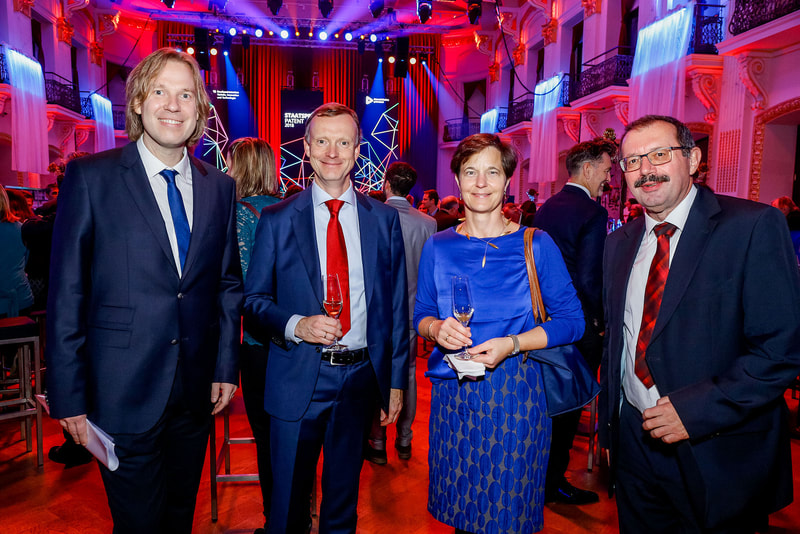 3/2022
Honors
07/2010: As president of the Olympic Center for Philosophy and Culture, Prof. emer. Leonidas K. Bargeliotes from the University of Athens awarded me a honorary commendation for my continuous contribution to the study and exercise of philosophical though (25th of July 2010). (see below)
09/2014: The chairman of the Society of Convergence Knowledge, Jin Tak Choi, entrusts me to contribute to their society: Letter of Entrustment; Term for Commission 1.10.2014-3.9.2016.
04/2016-09/2016: Visiting Professor at the Ethics Centre of the Friedrich-Schiller-University in Jena
09/2016 The interview with me entitled “Hirnschrittmacher für alle” which was published in Die Zeit in 2014 was included in the general, standardized, nationwide Austrian high school exam for the subject “German” on the 19th of September 2016.
11/2016 Nominee at World Technology Awards 2016, Category: Ethics.
01/2017 The chairman of the Society of Convergence Knowledge, Sung-Uk Choi, entrusts me to contribute to their society: Letter of Entrustment; Term for Commission 1.1.2017-31.12.2018.
5/2017 Diploma de Onoare from the Rector of Universitate de Vest, "Vasile Goldis" d'in Arad (by Prof. Dr. C. A. Cotoraci).
05/2017 Invited Visiting Professor at the University of Lower Silesia in Wrozlaw (by Prof. J. Stasienko).
08/2018 Invited Jury Member of the Austrian Governmental Award Patent 2018 (Together with the CEO of KTM Stefan Pierer, general director of IBM Austria Patricia Neumann, the rector of the Technical University Vienna Sabine Seidler, Senior Vice President Innovation & Technology of Borealis Maurits van Tol, and Business Angel Michael Altrichter).
4/2021 Three Articles of his were included in the “Posthuman Studies Reader”, edited by Sampanikou and Stasienko (Schwabe 2021).
5/2021 Institute of Social and Political Research – ICSP – of West University, Timisoara, hosted an international symposium entitled “LIVING THE POSTHUMAN PARADIGM-SHIFT? A SYMPOSIUM ON SORGNER’S “ON TRANSHUMANISM”” on the 27th of May 2021.
12/2021 Special Issue of the journal “Deliberatio” on my monograph “On Transhumanism” with nine articles by scholars from Oxford, Madrid, Turin Utrecht, Cape Town et al, incl. my response, edited by Aura Schussler and Florin Lobont
3/2022 International Symposium on Sorgner's "We have always been cyborgs", organized by JCU's Guarini Institute for Public Affairs (in cooperation with the History and Humanities Department) 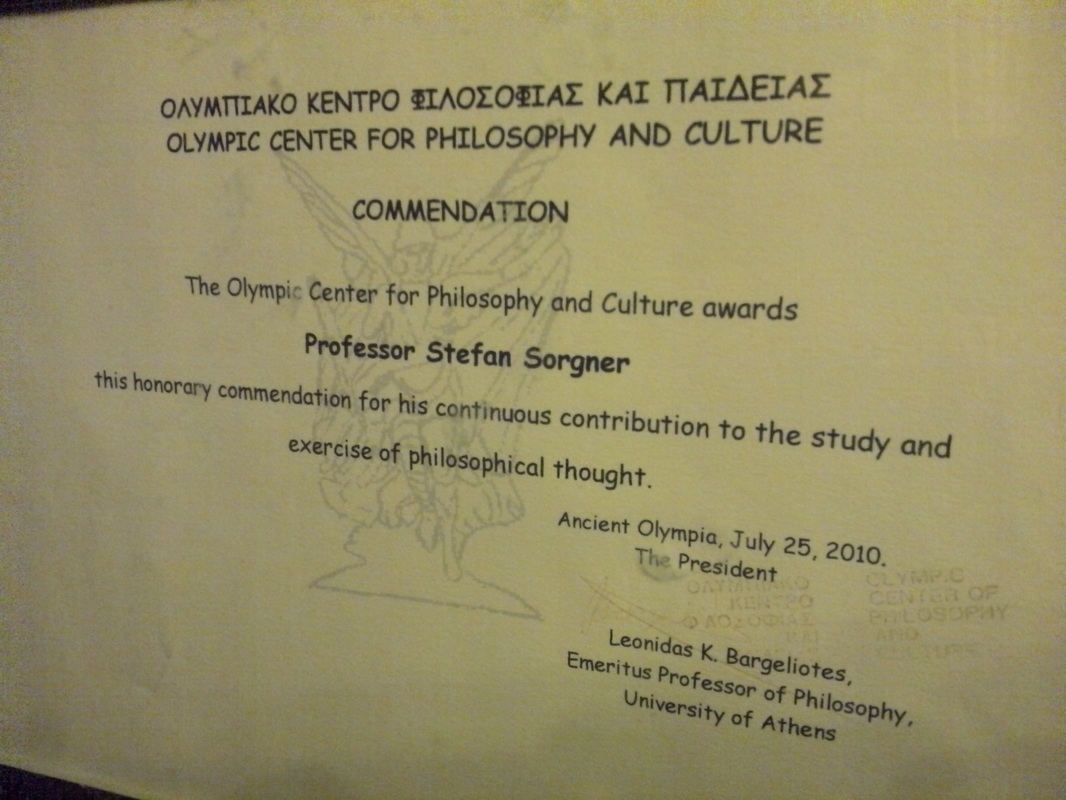 Adivsory- and Editorial Board Member 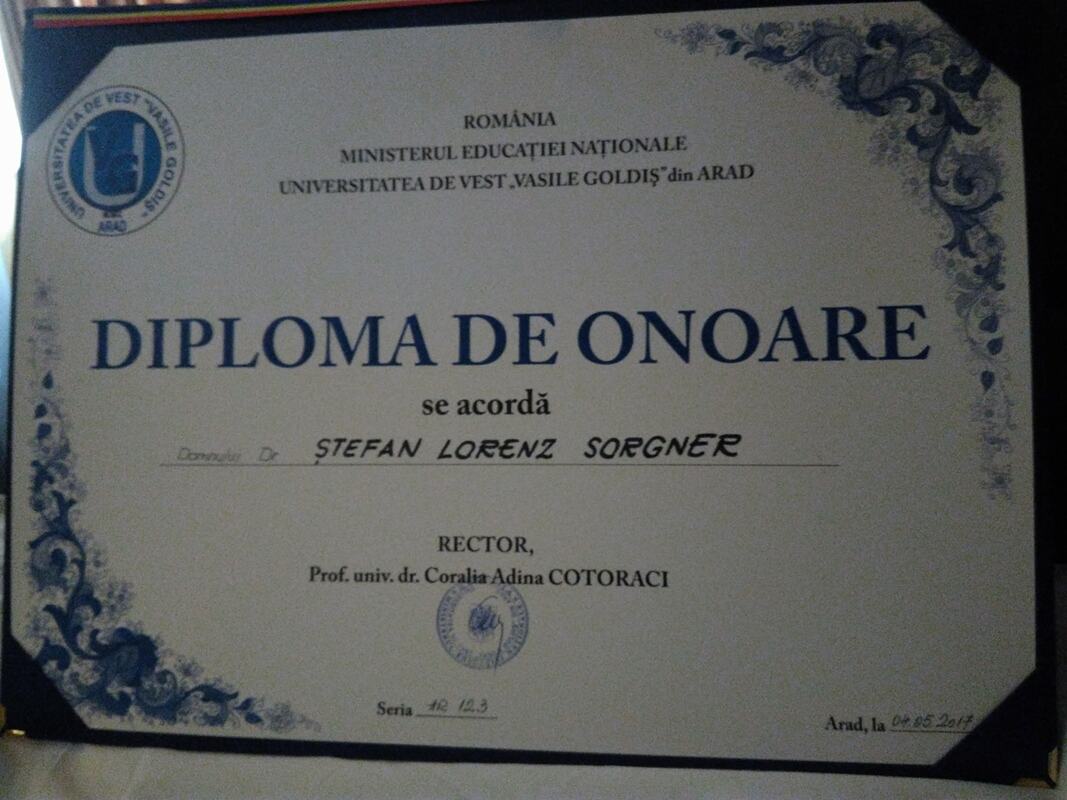 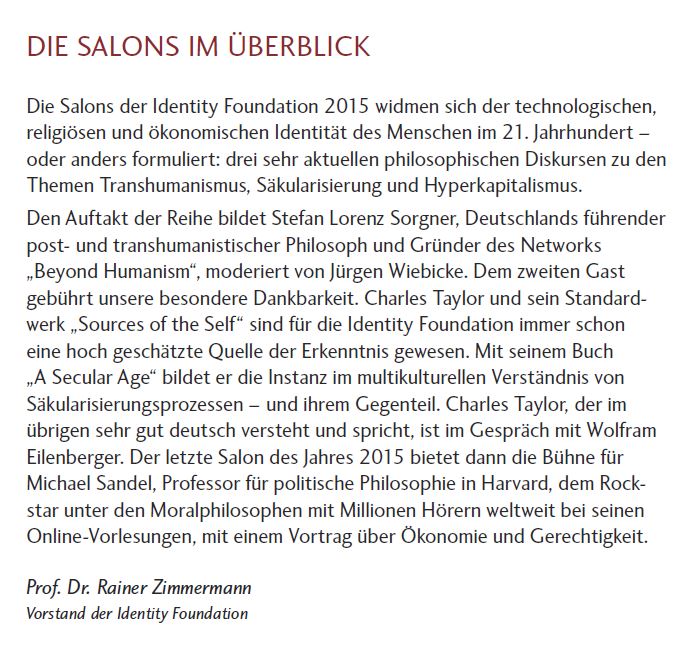 Stefan Lorenz Sorgner is Chair of the Department of History and Humanities and a philosophy professor at John Cabot University in Rome, Director and Co-Founder of the Beyond Humanism Network, Fellow at the Institute for Ethics and Emerging Technologies (IEET), Research Fellow at the Ewha Institute for the Humanities at Ewha Womans University in Seoul and Visiting Fellow at the Ethics Centre of the Friedrich-Schiller-University in Jena. He is editor of more than 10 essay collections, and author of the following monographs: Metaphysics without Truth (Marquette University Press 2007), Menschenwürde nach Nietzsche(WBG 2010), Transhumanismus (Herder 2016), Schöner neuer Mensch (Nicolai, 2018), Übermensch (Schwabe 2019),On Transhumanism (Penn State University Press 2020), We have always been cyborgs (Bristol University Press, 2022). In addition, he is Editor-in-Chief and Founding Editor of the “Journal of Posthuman Studies” (a double-blind peer review journal, published by Penn State University Press since 2017). Furthermore, he is in great demand as a speaker in all parts of the world (World Humanities Forum, Global Solutions Taipei Workshop, Biennale Arte Venezia, TEDx) and a regular contact person of national and international journalists and media representatives (Die Zeit, Cicero, Der Standard; Die Presse am Sonntag, Philosophy Now, Il Sole 24 Ore). www.sorgner.de & www.mousike.de